Solar power for your mobile devices 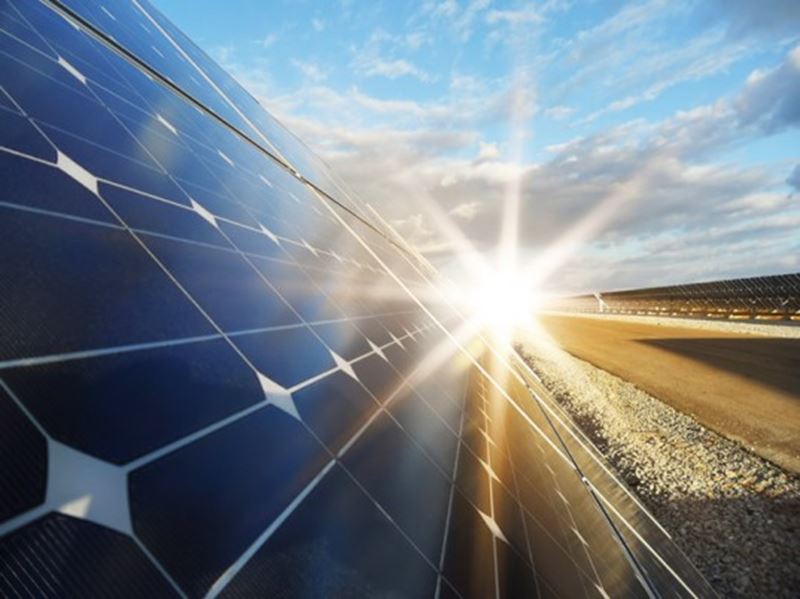 I've always been fascinated with solar energy, even as a child when I toyed with the early generations of solar cell hobby kits. The thought of getting abundant, clean energy free was really exciting.

Solar panel technology has come a long way since then. And this past winter I decided to see how far it's come and how much free energy I could get by purchasing a portable solar panel charger with USB output. My plan was to use it in conjunction with a lithium-polymer battery to collect and store energy for later use in charging my mobile devices.

So, here are the specifics on the hardware I used for my testing.

This is a foldable solar panel charger that is light and easy to carry in your laptop bag. This rig outputs 2.4A under direct sunlight, with 22-25% efficiency. It also has plenty of hooks and carabiners for attaching it to your bag or wherever you think it will get the most sunlight. 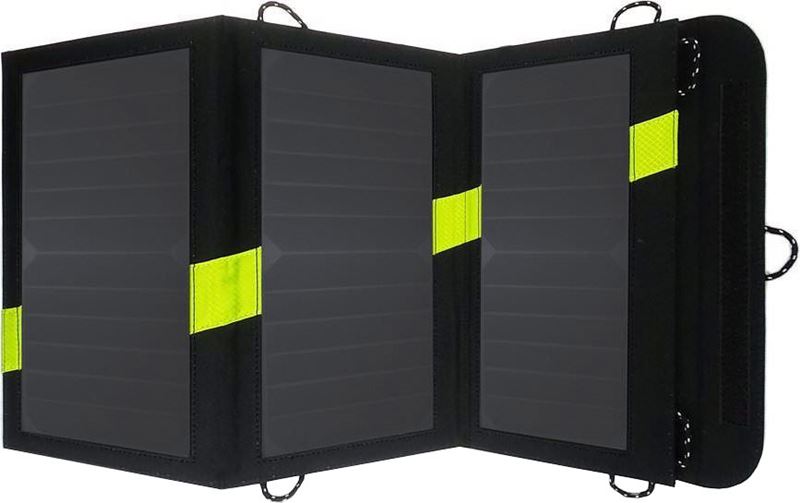 This external battery is really inexpensive, given that it has a solid metal enclosure and a 11,200mAh lithium-polymer battery capable of charging an iPad, or most smart phones 3-5 times. It has two USB ports (one 2.1A, one 1.0A), and a micro-USB charging port. 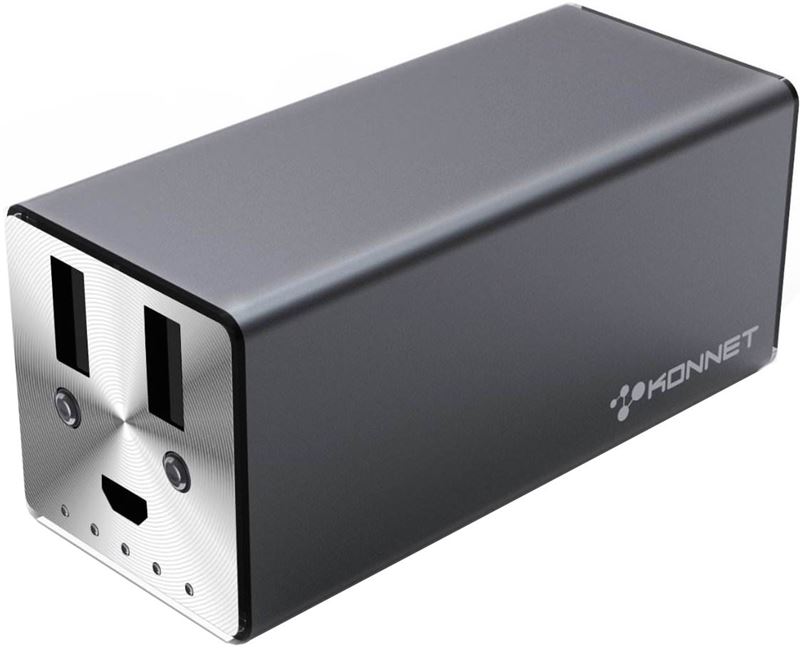 This external battery is a premium lithium-polymer battery from Anker. It's gorgeous, and packs a lot of power for the cost. It outputs 12,800mAh over 3 USB ports up to 4.0A (meaning, two 2.1A charges, or one 2.1A and two 1.0A, etc.). It's capable of charging an iPad, or most smart phones 3-5 times. 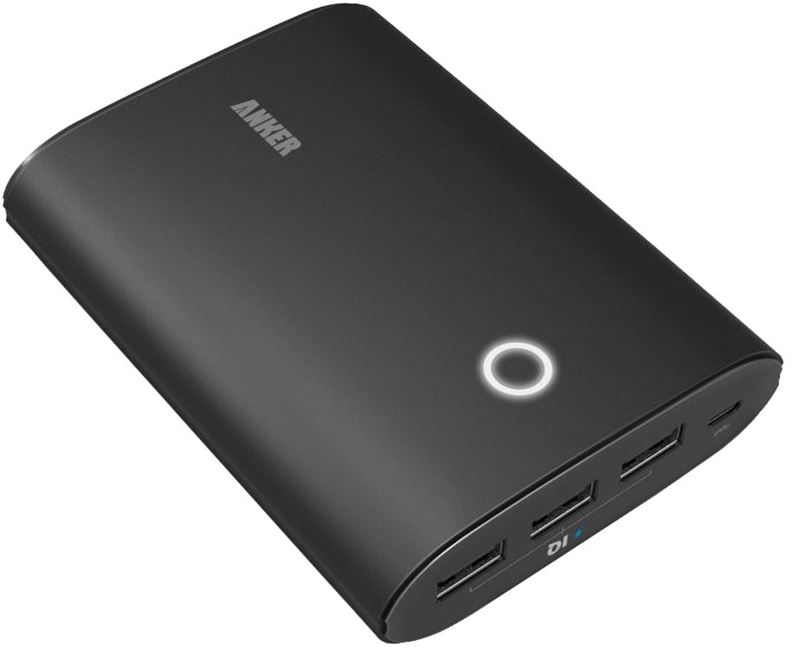 When I started testing I used the Anker Astro3, as it was my primary battery. Over the source of a few days, I discovered that it does not handle intermittent power charges, especially when they vary in voltage. There were days that power trickled into the device, but I also noticed that because of the frequent fluctuations, power was actually draining from the battery as well. It uses smart circuitry to determine things like power consumption by devices in order to switch from 1.0A to 2.1A. My guess is that this circuitry was using a charge as the power coming in changed.

I had to stop charging this battery with the solar panel. Had I been on the road and needed to collect power outside in direct sunlight, I'm sure this battery would have charged just fine. My test case was indirect light, so no go.

Luckily I also had the Konnet PowerEZ Pro. This battery has the USB ports "hard wired" for 2.1A and 1.0A, and is much more forgiving of voltage and charge fluctuations than the Anker Astro3. When sun power gets too low, the unit will flash and cycle its lights, but generally holds the charge until sufficient power is generated by better sunlight. I write "generally" because there were sporadic times that I swear it drained power over a few days; enough to show on the battery level indicator lights. But I'd say that 90% of the time, it charged (and trickle charged) as power came in.

One interesting thing I noticed was that on some overcast days I would get a charge. I attribute this to the fact that the light waves that cause solar cells to generate electricity were still getting through the cloud cover.

Solar radiation with wavelengths of 380nm to 750nm (violet to red) strike the material with enough energy to knock electrons from their weak bonds and create an electric current. Neat!

I placed the solar panel and battery in a south-southeast-facing window from January through March of 2015. This window has a ton of tree exposure, but since it was winter, and the trees are deciduous (and bare), a good amount of indirect sunlight was captured. This was the most convenient way for me to collect power in the winter.

On sunny days I could easily get half or more of the battery's charge, meaning, in two days I'd have it fully charged. Since draining a lithium-polymer battery below 40% generally cycles it and reduces its lifespan, I would wait until it was fully charged and then use it to charge my iPhone, sometimes my iPad Air, and occasionally, transfer power to the Anker Astro3 (ha!). It worked really well in this use case. As the weather would turn and sunlight wasn't strong enough, I'd need to use standard wall power to charge my devices. But generally speaking, I ran my devices on sunlight for three months.

So far this spring it's gone downhill, as the trees bloomed and their leaves absorb all the violet to red light waves, not much trickles down to the window. I do get a charge, but it takes several days of clear weather to charge the battery from 40% to 100%. But the nice thing is that even in these light-restricted conditions, you can leave the rig in your window and generally have a fully-charged backup power source to take with you when you travel.

During the summer months I'm going to take the solar panel out with me, and see how it works with the Anker Astro3 in direct sunlight, as well as how well it charges devices directly. I'd also like to try charging both batteries at once, as it should have plenty of juice in those conditions. Attaching it to a backpack makes it really easy to collect power as you sit at the park, hike, or make your way around town.